Our “Mission Statement” is to promote interest in numismatics through education of our members. Encourage members to conduct research on history and geography as it relates to numismatics. Provide a forum for discussion and exchange of numismatic knowledge through regular meetings and a club newsletter. Support the hobby of numismatics and to cultivate social relationships among its members. 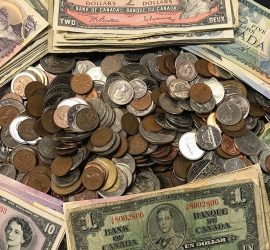 Many people have a few coins of interest in their homes either collected over the years or given to them by family, relatives or friends. These coins may be tucked away in a box or drawer. Meeting with ... 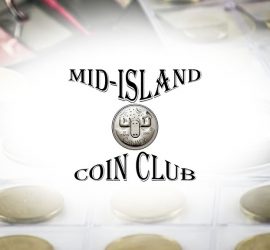 Mid-Island Coin Club (MICC) is a member of the Royal Canadian Numismatic Association. MICC holds monthly meetings at 6:45pm on the second Thursday of the month at the ABC Restaurant, 6671 Mary-Ellen Drive, ... 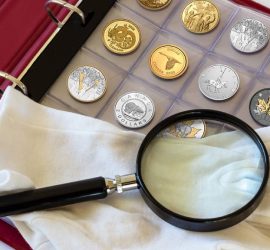 Get involved with the MICC !

The Nazi Commemoratives. By: MICC Lifetime member #001  Adolph Hitler inherited an in-place, vibrant numismatic market from the very Weimar Republic he helped bury. Since 1925, the Republic had been issuing commemorative silver coins at the rate of one to four issues per year. Even when the mintage-sets were widened to include the products of […]

Order of British Columbia. By: MICC Lifetime member #001 The Order of Canada was restricted to those few who had contributed outstandingly nationally while its inferior grade was the Member category at the local level. A number of provinces felt the Order restricted recognition of its citizens and therefore a number of provincial Orders were […]

The “Copper Company of Upper Canada” Scam By: MICC Lifetime member #001   In 1894-6, the above ad appeared in North American coin publications such as The American Journal of Numismatics and The Numismatist. As may be seen, the offering purports to be a limited restriking (12 in silver, 50 in bronze) from the original […]

The Royal Visit of 1939 By: MICC Lifetime member #001 It wasn’t the first time a Royal had visited Canada; two sons of George III had served in Nova Scotia a century and more before and 1861 marked the major tour of Edward, Prince of Wales, later to become Edward VII. But it was the […]