With the fall of the Nazis in May, 1945, Europe was in chaos with entire foreign populations residing in Germany and Austria, some wishing to be repatriated, many not. One large group was the Jews, survivors of the camps and, in large part, wishing to emigrate to Palestine, their promised new homeland. Others were refugees from the conquest of their respective countries by the Soviets in 1939-41: Lithuanians, Latvians, Estonians and Poles. Yet others were “foreign workers” brought in by Germany (willingly and unwillingly) to man their factories; actually former slave labourers, many of those from the east were reluctant to return, knowing full well the fate awaiting them – death, incarceration or exile to the gulags of Siberia. Stalin had been quite specific: any of those who had served the fascists in any way, unwillingly or not, were to be considered traitors and treated accordingly. 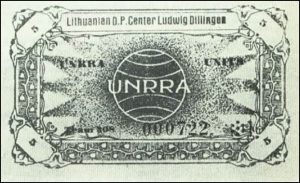 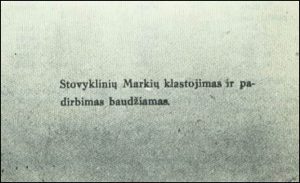 The problem of what came to be known as the “Displaced Persons” (or “D.P.”s) was to be handled by the United Nations. From 1945 until 1947, the agency was the “United Nations Relief and Rehabilitation Administration” (“UNRRA”) whose various camps for the displaced pending rehabilitation was under specific “teams”. From 1947 onward, UNRRA was replaced by yet another United Nations agency – the International Refugee Organization, or “IRO”.

In general, the displaced persons fell into two categories: the Jews who overwhelmingly wished to emigrate to Palestine and refugees from the Communist Bloc who wished not to be sent back.

The control of the Jewish D.P. camps rested with the American-Jewish Joint Distribution Committee (AJDC) which, although organized in cooperation with UNRRA, encouraged migration to Palestine. This caused a certain amount of inter-Allied conflict since the British, whose mandate Palestine was, would allow only 1,500 per month to enter. As history shows, there was wholesale “illegal entry” by various means and by 1952, the AJDC had spent some $342-million in the care and rehabilitation of some 250,000 Jews.

Notes issued especially for use in Jewish D.P. camps were used in the American Occupation Zone of Germany, in Austria and Cyprus.

There were two “general” issues in Germany and two more specific to given towns. These were:

AUSTRIA had one general issue and one specific:

CYPRUS was the British interment camp for Jews caught trying to run the blockade to Palestine. The AJDC were permitted to enter the camps to provide aid and relief. Three issues of notes were made there.

Aside from the Jews, the main users of D.P. camp currency were the Lithuanians. In 1944, as the Soviets advanced west, they drove before them some 70,000 Lithuanians, mostly the “intelligensia” earmarked by Stalin for extermination. At the end of the war, these people were stranded in Germany and Austria, unable to return home – ever. In their case, there was no overall “generic” note issue, just those of specific camps, all under the auspices of UNRRA. Five such camps are thus far known: 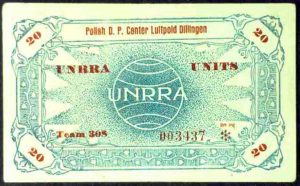 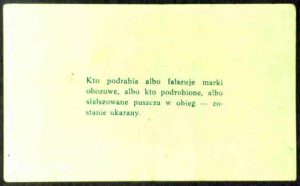 Aside from the main Jewish and Lithuanian groups, there were camps for others in Germany, Austria and the Netherlands known, although only the German camps indicate specific locations, those issues of the other two being general.
There were two German camps for “others”, being:

All of the above notes are very scarce to extremely rare, some issues known from a single note. Issued on local authority, they had a circulation only within the camps themselves, being worthless outside. There was no incentive for their being saved and few were. Now and again, another previously unknown issue/denomination shows up – and has for decades. It is highly probable that entire issues and/or denominations are now extinct.

For instance, in the early 1970s, a hoard of Scheinfeld notes – previously unknown – showed up in England. Since all were uncirculated, they were initially believed to be either concoctions or notes never issued. Research in the UNRRA records showed that neither was true; that they had been issued, circulated and redeemed. Only an estimated 15 sets were retained by a UNRRA official as souvenirs, this small number still making the Scheinfeld notes the most common of them all! 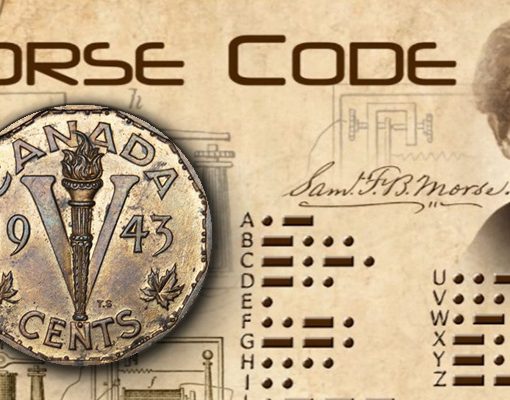 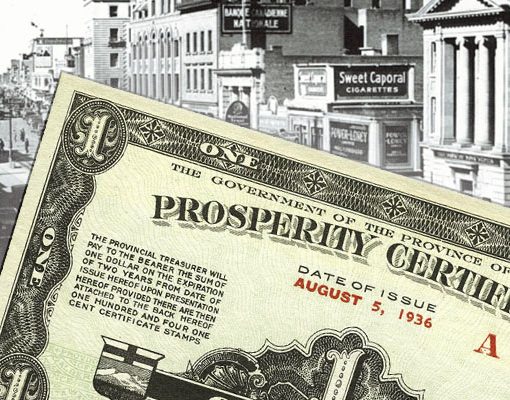