The above is one of the major mysteries of English and American numismatics. There is no official record anywhere of its use and yet, as we shall see, there probably should have been.

We can be fairly certain that the dates are accurate enough and that the undated reverse may even be earlier by some years. It hardly seems possible it was struck as a collectors piece since the first two were known to Thomas Snelling in his catalogue of “West Indian” (i.e., American) coins in 1769 when there scarcely were any collectors. Actually, Snelling thought they might be metallic “tickets”, a name fairly synonymous with what we consider to be “merchants’ tokens” today. 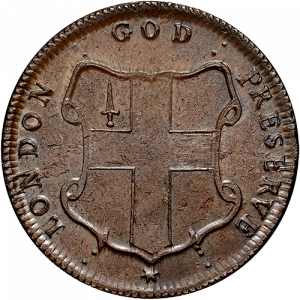 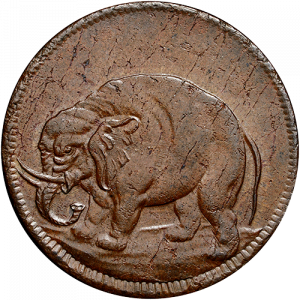 All of them use the same obverse that, if not struck from the same die, at least had the elephant sunk into it with the same punch. The most common of the three is the first one (although even worn ones are priced in three figures). There are actually at least four different reverses of this one: with or without diagonal shading in the shield-cross; with the sword in the second instead of the first quarter (extremely rare); and a rare one reading LON * DON instead of GOD : PRESERVE : LONDON : . These were used somewhere (and quite extensively) since they are normally found quite worn, an EF being a very rare bird for any of them. 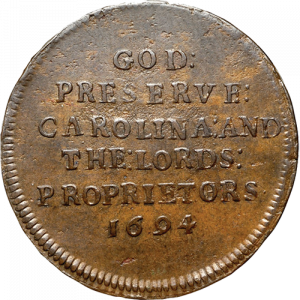 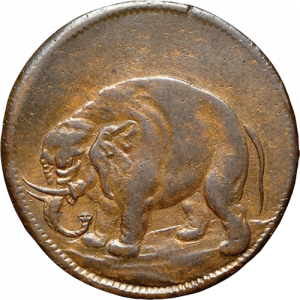 The presence of an elephant on an English coin/token seems drastically out of place. But then possibly it wasn’t meant for England. In a book entitled Ducatus Leodiensis printed in 1715, one Ralph Thoresby unhesitatingly describes “the African halfpenny [which] hath the elephant on one side, and the Arms of our Metropolis on the other, GOD. PRESERVE. LONDON.” The reference to Africa may be significant since the elephant mark itself appears on some gold and silver coins of Charles II, indicating that the metal had been obtained from West Africa by the Royal Company of Adventurers. This Company was founded in 1662 by the Duke of York and then reconstituted and re-named “The Royal African Company” in 1672. It’s entirely possible that these are half- pennies struck for the use of the latter. 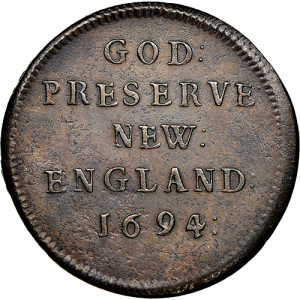 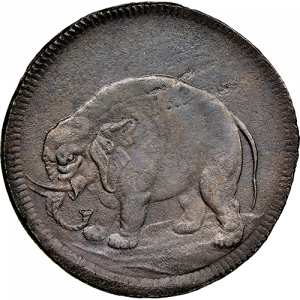 Nor would the reverse legend be amiss, seeing that the Company was headquartered in London. In 1665/6, that city was visited for the last time by the bubonic plague with hundreds or thousands of English dying, including Thomas Simon, arguably the best engraver of coins the country had ever produced. Then the plague was arrested by the most violent of means: the Great Fire of London in 1666 literally burnt much of the city flat, especially the slums and warrens where the plague habitually dwelt. Small wonder a London coin or token struck only a few years later might express the hope it does.

One piece of evidence seems to show these pieces were officially struck. Snelling, an unusually careful researcher of the time, claims to have seen the dies for these tokens in the Tower Mint. If so, there is a good chance the elephant was engraved by one of the Roettiers (engravers and diesinkers to the King) – probably Jan, the elder brother.

As for those with the American reverses, they are much rarer. The “Carolina” token has two varieties: that shown above being extremely rare with the reading “GOD:/ PRESERVE: / CAROLINA: AND / THE: LORDS: / PROPRIETERS. / 1694” while only slightly less rare (valued in four figures) are those from the corrected die reading “PROPRIETORS” with an O having been punched in over the offending E.

Lastly is the one reading “GOD: / PRESERVE: / NEW: / ENGLAND / 1694:” which is apparently known from only a couple of specimens (selling for five figures).

Conventional belief among U.S. numismatists is that the last two types may well have been intended as promotional pieces for prospective major landowners in the American colonies, the elephant chosen simply because it imparted an exotic look. Needless to say, extensive research has failed to turn up any information on these “American” pieces. 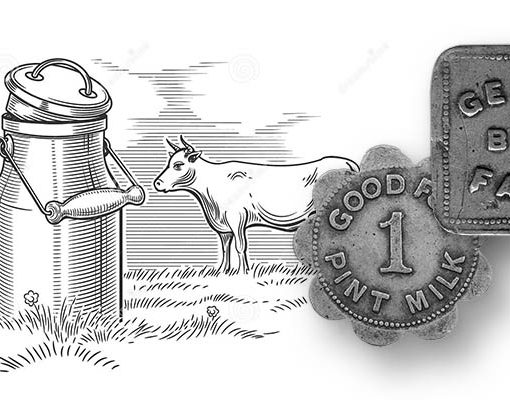 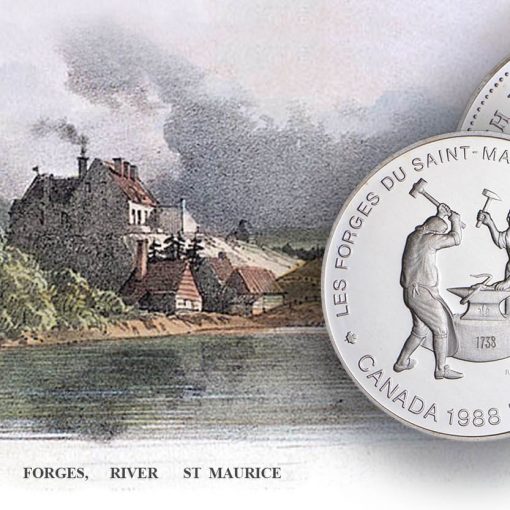